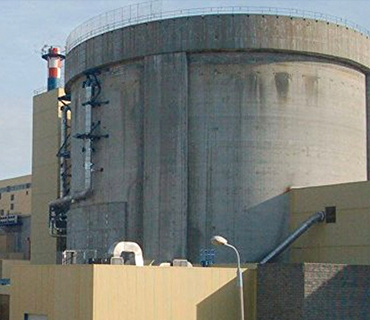 The Romanian government has written to China General Nuclear Power (CGN) expressing its support for the Cernavoda nuclear power plant project. CGN announced its receipt of the letter – which was presented by energy minister Victor Vlad Grigorescu and signed by prime minister Dacian Julien Cioloș – on its website last week.
CGN said on 21 January that the letter „outlines the major areas of support and commitment associated with the project in terms of electricity market reform, electricity tariff mechanisms, electricity sales, state guarantees, financial incentive policies, and continuity of policies, etc.”

Nuclearelectrica signed a memorandum of understanding with CGN in November last year for the development, construction, operation and decommissioning of units 3 and 4 of the Cernavoda plant. The Romanian national nuclear company said a joint venture project company is to be established, with CGN owning at least 51% of the share capital. That company will oversee construction of the units, which will be 700 MWe Candu 6 reactors. Two Candu units already operate at the Cernavoda site.

Zhang Qibo, General Manager of CGN Romania, said in the 21 January statement, „CGN and its Romanian counterpart are in negotiations on a potential agreement to establish a joint venture company, with CGN as the holding company. Once established, the joint venture will be the sole platform to take forward the development, construction and operation of the Cernavoda Project in the future.”

Located in Constanta County, Romania, the Cernavoda plant was initially planned as the site for five Candu 6 reactors. Units 1 and 2 started operations in 1996 and 2007, respectively. Units 3 and 4 will feature identical reactors of no less than 720 MWe each involving a total investment of about €7.2 billion ($7.8 billion), according to CGN.

Romania and China signed a letter of intent in November 2013 during a visit to Bucharest by Chinese premier Li Keqiang. During his visit, the two countries signed numerous bilateral agreements, including an MOU on the peaceful uses of nuclear energy.